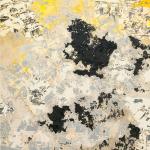 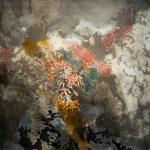 Noah Landfield (b. New York City, NY. 1979) was raised in New York City.  He studied painting and printmaking at the School of Visual Arts where he received a BFA with honors in 2001.  He also received his MFA in painting from Hunter College in 2009, where he received the Tony Smith Award.  He has exhibited his work in galleries and art spaces such as Sloan Fine Art, Sideshow Gallery, Nurture Art, the National Arts Club, the Times Square Gallery, Heather James Fine Art in Palm Desert, CA, Seton Hall University in Newark, NJ, and the Martin Art Gallery in Muhlenberg College, Allentown, PA, among others.   He is the recipient of numerous awards including the Joan Mitchell Foundation Grant for Painters and Sculptors in 2010 and the Tony Smith Award in 2009.  He lives and works in Brooklyn, NY.