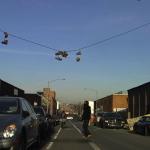 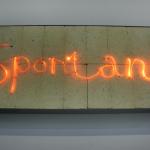 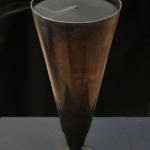 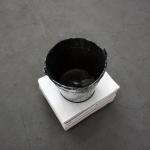 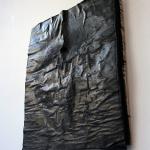 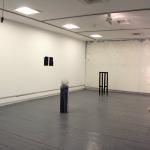 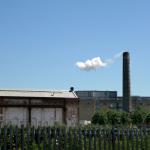 Kate V Robertson is a visual artist based in Glasgow, Scotland. Since graduating from an MFA at Glasgow School of Art in 2009, she has exhibited in group shows in Berlin and Glasgow, a solo show in Glasgow, and was shortlisted for the Artists Taking the Lead commission (Scotland) as part of the London 2012 Cultural Olympiad. Later in 2010 Kate will have a solo exhibition at Feinkost, Berlin, and Edinburgh Sculpture Workshops. I am concerned with ideas of the existential or futile, particularly in relation to ideology, communication and progress. My work addresses failure and disappointment, in a variety of ways, often referring to cultural or political history. Sometimes the work performs failure, by deliberately malfunctioning or miscommunicating, and other times it has a metaphorical or allegorical relationship to the subject matter. The tone of my work usually rests between humour, melancholy and pathos, and often requires a level of observation or interaction from the viewer. My work is often temporary, ephemeral or temperamental. Unpredictability, experimentation and the possibility/probability of failure are very much a part of the process and the end results. Currently, the form of my output is predominantly sculptural, but I have a varied practice - encompassing audio, performance, found objects, images, video, text and works in public. "Kate V Robertson’s intertwining impulses – subverting, failing, malfunctioning, predictions of obsolescent, instinctive fabrications, miscommunication  – materialize through lines of intermittency.... her equilibrium between bringing something into existence, its uncertainty, its collapse, its surrender and illusions of solidity." [excerpt from essay by Alex Hetherington, 2010]