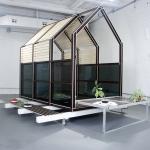 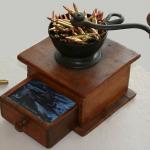 As Trinity Museum undergoes continued building works we  are planning for future exhibitions with Trinity Arts Committee. We are curently working with Visual Arts Chair Ryan L. Campbell and Rev. John Moody on utilizing Trinity Parish sites throughout New York, for a new city-wide project of social and community exhibitions.

Trinity Wall Street are undergoing major construction at their downtown headquarters. This will mean the temporary closing of Trinity Museum, and the postponement of our exhibition schedule there. We will continue to work with Trinity Wall Street to plan for future social and artistic projects when the site is refurbished over the next 2 years.

In quantum theory the ‘principle of superposition’ states that a situation exists in all of its possible states while it is not observed.  It is the act of obervation itself that determines one reality, one outcome. This exhibition of  work by a select group of internationally exhibiting artists, offers reflection on the act of observation, and how by that act, we are all in the process of constantly determines the realities around us.

Soul Seekers: Interpreting the Icon provides an opportunity to reconsider the form, materiality and role of iconography. This revelatory collection of works by an international group of contemporary artists, can be seen to fulfill a broader view of what constitutes iconography within the wider social realm.

> Read More
I love you so much that even when you are lying next to me I miss you - The painted vanguard and the domestic realm
15th April - 29th April 2011, Sculpture Court Gallery, New York

The overwrought romanticism of I love you so much that even when you are lying next to me I miss you refers to the feelings that we have toward the greatest of artistic mediums. What else if not love, to achieve social progress...

Phenomena Project and the Arts at Trinity Wall Street present a new social and artistic project.

Writes of Passage - Human Communication and the Written Word

The global economy while rarely stable has undergone a recent seismic shift. This almost unprecedented crisis has opened up a range of social and cultural consequences that we are still struggling to comprehend. All Insignificant Things Must Disappear is an attempt to uncover new ways of thinking about what has become an encompassing event. A dynamic group of thirteen international artists will present their work within this context. London based Jo Wilmot’s lush, degrading environments melt off the canvas to expose the artifice beneath; Ryan Roa examines the functionality of consumer products, raising them to new levels of desirability while Sandra Eula Lee’s innovative and effective footwear offers a way for us all to keep track of where we may be going next. Elsewhere in this exhibition Jo Yarrington engages with the fabric of Trinity Church through light and image, Slavs and Tatars take a reflective approach and Joseph Farbrook invites you inside his head.Having broken out beyond the confines of the financial world the consequences of this event have affected a wholesale re-evaluation of our individual and collective existence. How we engage with our altered circumstances today, will affect our successes and failures tomorrow within this tentative new landscape. Artists, so often acting as barometers for society’s evolution have a role to play in navigating this latest challenge. By offering alternative ways of seeing the volatility of recent times, All Insignificant Things Must Disappear aims to foster discussion and consideration for the road ahead.

Our registry artist Ryan Roa as well as Phenomena's Darren Jones will be in Moscow for the Biennial of Young Art, a city wide expo of contemporary art made by noted artists from around the world under the age of 40.

The beginning of each year has become a major focus for marketeers and the health industry as they promote the notion of rebooting and re-balancing our bodies after the excess of the holiday period.